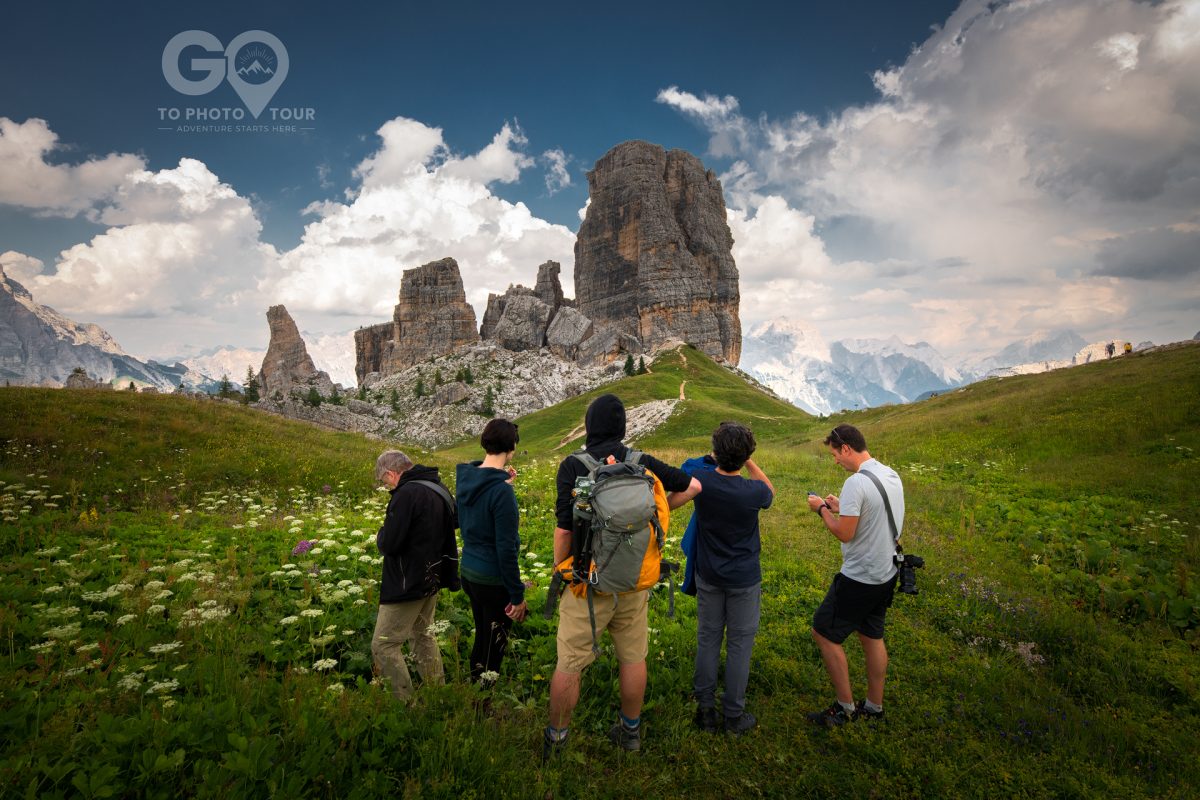 Jagged peaks, high altitude refuges, sunlit red mountains and breathtaking scenery make the Dolomites one of the most interesting places for landscape photographers and mountain lovers.
The Dolomites are among the most beautiful mountains in the world, they stand out majestically among the valleys, creating breathtaking landscapes.

During this photo tour we saw some of the most beautiful places in all the Dolomites, such as the three peaks of Lavaredo, the Cimon della Pala overlooking the Pale di San Martino, the colorful lake Lago di Braies, the fantastic Cinque Torri and other less famous but pearls of these mountains.

At this time of year at the foot of these rough mountains there are many colorful flowers that make the scene and our photos fairytale.

It was a fun week with photos, laughter and typical local dishes.
We weren’t lucky during the nights for the often cloudy skies but, we captured fantastic light during sunrises and sunsets.

After picking up some customers from Bologna airport, we joined the rest of the group at Misurina lake at 3pm. We made a brief introduction on what we will face during our adventure and we left to reach the Auronzo refuge where we will spend the first night.

After facing the first lesson on landscape photography we had dinner with typical dishes in the shelter.

The sky was very cloudy and we decided to rest and get up for the sunrise.

At 5am we set off on foot to reach Mount Campedelle, from up there the 360 degree view was crazy, between the Cadini di Misurina and the Tre Cime di Lavaraedo seen from behind.

The group enjoyed taking many shots in different compositions, the light was truly amazing.

After breakfast in the refuge we packed up our things and walked in about two hours to the Locatelli refuge where we spent our second night.

The scenery here was really crazy, in one of the most beautiful landscapes in the world. On one side we had the Laghi dei Piani with the mighty Mount Paterno in the background and, on the other, the Tre Cime di Lavaredo with a myriad of colored flowers in front.

During the day we took many shots with flowers and the sun star above the mountains.

After an exquisite dinner in the refuge, a very suggestive sunset gave us emotion.
The guys enjoyed taking original compositions inside the caves, framing the Tre Cime di Lavaredo and getting high impact photos.

On this day we studied various special photographic techniques, such as focus stacking, perspective blend and HDR.

After another beautiful colored sunrise between the laghi dei Piani, the Paterno and the flowers, we had breakfast in the refuge, packed our things and left on foot to reach the Auronzo refuge where our cars are waiting for us.

Another capuccino and we left by car to reach the Cinque Torri car park where, with the chairlift, we reached the Scoiattoli refuge which hosted us for the third night.

As soon as we got off the chairlift, the guys were pleasantly surprised about the view.

The Cinque Torri are truly majestic right in front of the refuge, in a few tens of meters you can reach the best spots.

After facing another lecture on landscape photography we had dinner in the refuge, eating some real local delicacies.

Even this sunset gave us a beautiful light, the Cinque Torri turned red and, even here the group had its fun using flowers as the first subject in the compositions.

Wake up at 5am to capture the sun star in the middle of the Cinque Torri.
What a sunrise guys! Focus stacking and sun star for everyone! 😁

After a well deserved hearty breakfast with a super view, we packed everything up and went down with the chairlift to our van.

After about an hour and a half of driving we stopped in a breathtaking spot, little known that I prefer not to say his name, sorry for this.
I can say it was a playground for us landscape photographers, a small waterfall with a rough mountain behind it, wow!

Set off to reach our new hotel near San Martino di Castrozza.

During the afternoon we faced the first editing lesson in front of the computer.
Studying how to manage a focus stacking, a perspective blend and how to edit the resulting photo.

At 6pm we reached Baita Segantini in front of the Pale di San Martino.
A mystical place, always very moody and with one of the most beautiful mountains of all the Dolomites that reigns supreme, the Cimon della Pala.

A perfect place for a landscaper.

We took lots of dramatic photos, with the light filtering through the clouds illuminating the mountain range and lots of yellow flowers on the foreground.

The rain was coming but, the temptation of the perfect shot was great, conclusion: we got our things and ran to the van under the flood, this is part of the job! 😂

We ended our day with a very fun dinner in a restaurant in San Martino di Castrozza, between typical tastings and laughter.

Free morning to sleep and enjoy our breakfast at the hotel. Then we left and reached the last hotel near the lake of Braies.

During the afternoon we faced another editing session in front of the computer, studying more complex aspects regarding night photography, such as the assembly of a panoramic and its edit.

When we reached the lago di Braies for a dramatic sunset, we looked for original compositions using the tree trunks as a natural frame, creating a very fairytale scene with the colorful lake and the mountains.

And here we are again at a restaurant, in Dobbiaco for the last group dinner.

This adventure ended with a colorful sunrise over the Lago di Braies.
The sun illuminated the mountains ahead of us as planned.

After breakfast in our hotel we packed everything and reached the airport of Bologna for the last greetings.

Giulio Cobianchi led the group through the wonders of this mountains. He is a professional landscape photographer, experienced and specialized in night photography with almost 10 years of experience. His passion in looking for darker skies to better capture the beauty of our night sky, led him to travel to incredible places. Being an outdoor lover he went to the Dolomites since he was a child with his parents. Dolomites are his photography cradle, he took the first photos here! With him you will be in the right place at the right time! His satisfaction is making your dream come true.

Stefan Liebermann led the group in these incredible mountains. He is an award winning professional international landscape photographer specializing in night photography. This passion of his drove him to travel all over the world under the darkest skies ever. He can teach you, like few others, the best secrets to getting high impact night photos.

Check out upcoming tours to Dolomites 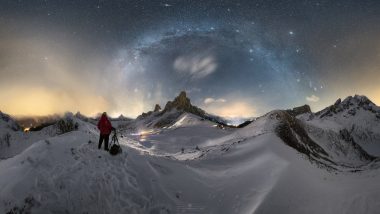 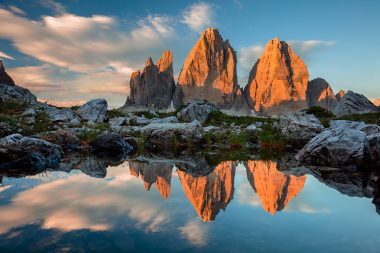 Check out the Dolomites gallery 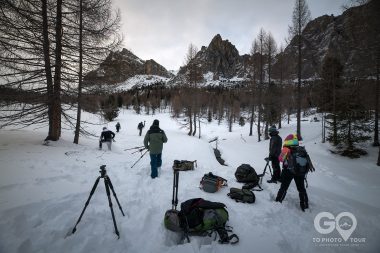 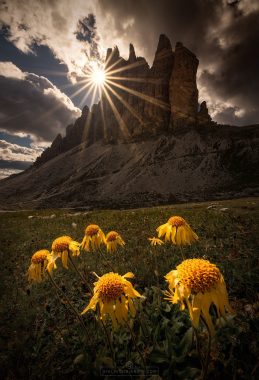 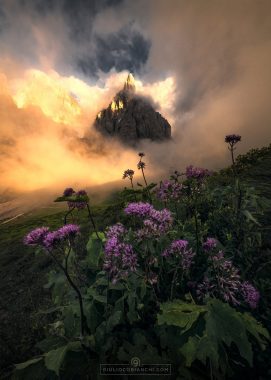 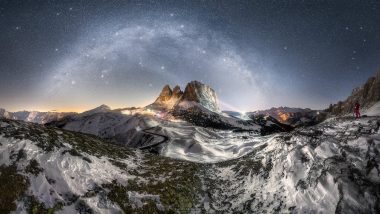 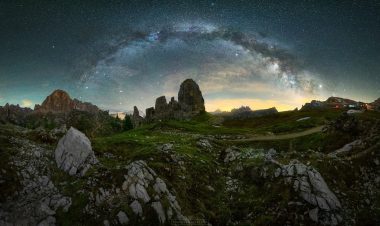 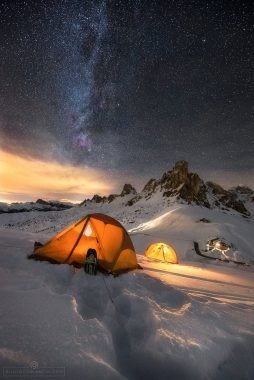 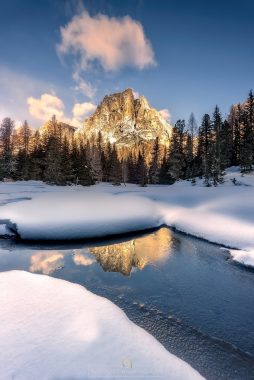 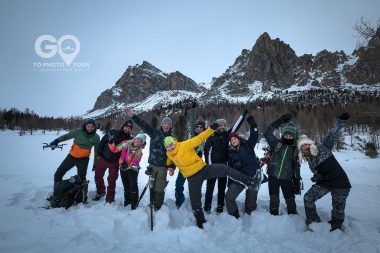