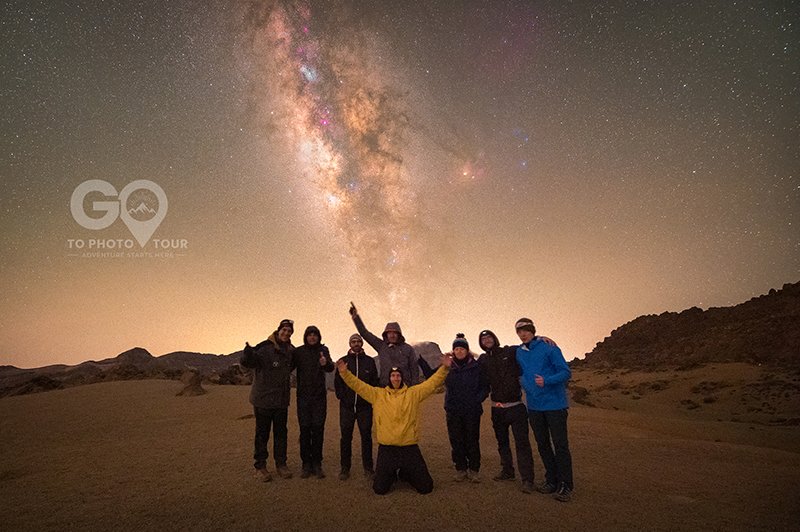 Between lava and stars

Up there, on the Teide park, it’s a different world! It seems that time has stopped many years ago, the lava and the stars reign.

It was a fantastic week where the group enjoyed every night capturing the Milky Way in these prehistoric settings.
Tenerife is perfectly suited to night photography, with its almost always clear sky over the Teide park and is among the darkest in Europe.
It has surreal scenarios, including lava, flowers, roots and rocks that always have to be on Mars. But, this island is not just night photography, its coasts are full of beaches and cliffs, a paradise for lovers of the seascape.

The group arrived at Tenerife south airport, from where we left to reach our hotel in Los Cristianos.
Just the time to fix up our photographic equipment and buy some food and let’s go, immediately hunting for stars on the Teide park.

After an hour and a half by car we reached the first spot, called by us “Mars”.

The Milky Way was above there looking at us, it was very powerful, most of the guys had never seen it so strong and bright.

The enthusiasm didn’t make you feel the tiredness of the trip.

We focused on making double exposures and focus stacking with beautiful daisies in the foreground and a powerful core in the background. After changing a few spots, we walked towards our van and left to reach the hotel.

It was forbidden to look at the clock .. it was 5am😅

Free morning for rest and relaxation in los Cristianos. For those who wanted, there was the possibility of staying in the pool, right in front of our rooms.

At 3pm we started the first photography lesson, explaining in theory and practice the management of equipment and photographic techniques.

At 5pm we left to reach the Teide and plan the shots for the night as well as to see that fantastic volcanic park.

As soon as the sun goes down the temperatures at this altitude of around 2300 meters drop quickly. So before eating our sandwiches we changed and got ready to face the second night inside the park’s caldera among incredible lava formations.

Being inside the caldera we waited a little longer for the visibility of the core of our galaxy, returning to the planned spots. We were surrounded by an immense lava formation, called La Catedral and many Tajinastes, the typical red flowers of Tenerife.

This second night we focused on making a panoramic and using the star tracker, explained during the day.

The Galactic arc was right above La Catedral.

Like the day before, free morning for rest and relaxation in los Cristianos.

After lunch we had the first real editing session in front of the computer. Studying how to make a captivating night photo. Setting up a focus stacking, a double exposure and how to edit the Milky Way.

After this we left for La Masca, a very scenic place where we had to wait for the sunset. But, the weather was not the best and so we decided to reach the sunny Teide above the clouds.

We went back to where we were the first night, focusing on creating beautiful scenes with the lantern in hand in front of lava formations and under the Milky Way.

In this place every 10 meters there is an incredible spot, staying there for a month every night you can create more and more beautiful photos.

After lunch we did another photo session in front of the computer, focusing on how to assemble an astro tracked panorama and on its edit.

Around 5pm we left to reach the Teide park with the aim of creating the sun star among the magical Tajinastes.
In front of those giant flowers it seems to be truly in prehistory.

After having a picnic dinner in the midst of nature, we left to reach other breathtaking places in the Teide park where we can take other scenic night photos.

Time to leave our hotel to reach a new one in the north of the island.

The new base allows us to go to the most beautiful and wild beaches of the island which are located on the northwest coast.

After arranging our things in fantastic apartments overlooking one of the most beautiful beaches on the island, we left to witness the first sunset on the beach, between rocks and cliffs.

After this colorful sunset we obviously reached the Teide 😁

Below us it was all cloudy, for this reason the signal in the sky was very strong up there.

Let’s change the base again to be closer to the airport.

The guys liked the new hotel between golf courses and swimming pool.

We waited for this sunset on the most fascinating beach on the island, where the sun went down right between the cliffs.

It was a fiery sunset and it was worth it.

All ready and motivated for the last night under the stars even if the next day we had to leave the island.

This last night we went to some new spots near the Roques de Garcia, another playground for lovers of night photography, it was enough to turn the camera to find “wow compositions”!

Until the last night the park amazed us!

Giulio Cobianchi led the group through the wonders of this island. He is a professional landscape photographer, experienced and specialized in night photography with almost 10 years of experience. His passion in looking for darker skies to better capture the beauty of our night sky, led him to travel to incredible places. Tenerife is one of his favorite places.

His satisfaction is making your dream come true.

Check out upcoming tours to Tenerife 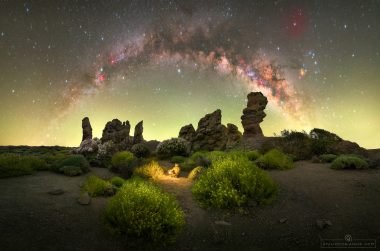 Between lava and stars 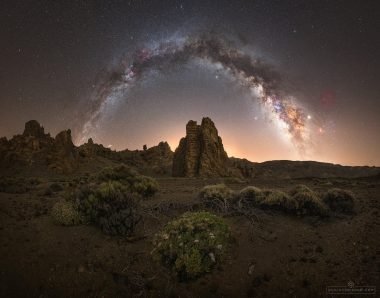 Check out the Tenerife gallery 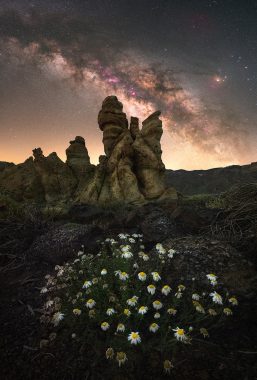 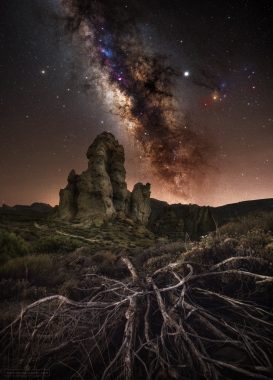 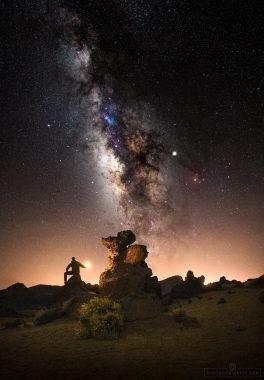 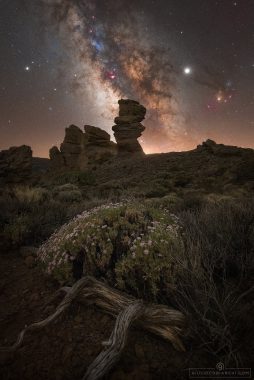 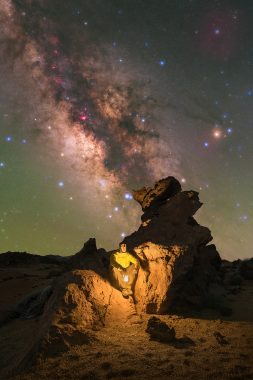 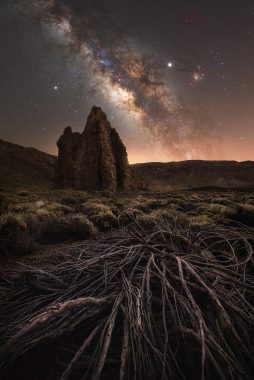 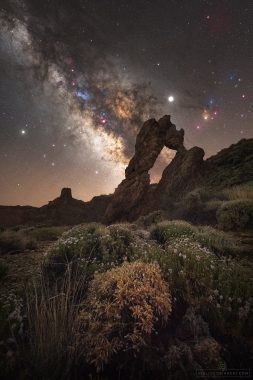 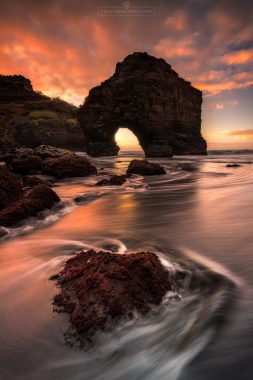